Wine and Then Somm Wine Tours

Time to Taste Wine - No Fiddlin' with this Nero! 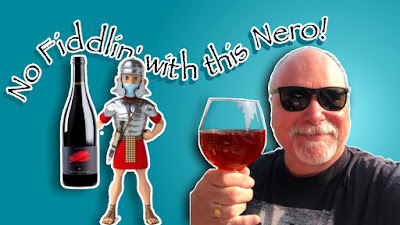 This time we try a Nero D'Avola from Sicily. This is a red wine that has strong acidity and is a great wine! Join Dave as he sips his way through another interesting Sicilian sipper.  Watch the video and then maybe book a tour to try some tasty reds from the Okanagan.  Enjoy!
Post a Comment
Read more

Gray Monk Winery could be Habit-Forming! 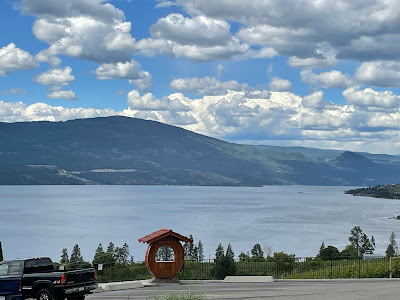 Lake Country, just north of Kelowna, is home to several wineries - some of which I have visited but others, I have not. It’s also an area that sometimes gets left off of visitors'  wine touring. Recently, I thought I would remedy that by visiting some of the wineries that I had never been at before. The first one I visited was Gray Monk. Gray Monk Winery was originally an orchard but when it was bought by the Heiss family in the 1970s, they decided to grow grapes and make wine. They imported Pinot Gris, Pinot Auxerrois, and Gewürztraminer grapes from Alsace, France - in fact Gray Monk is the English translation of Pinot Gris!  Gray Monk was one of the pioneers of the BC wine industry as they began producing wine in the 1980s. It was also an estate winery - meaning they made wine from their own grapes  - and was a lot smaller than the other commercial wineries of its time. Since then, it has made a name for itself as a producer of excellent wines and even helped create the VQA (Vint
Post a Comment
Read more

Time to Taste Wine - Another Grillo from Sicily - it's cheap, but is it good? 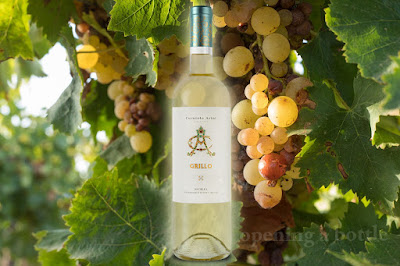 This week we taste another Grillo from Sicily in Italy. This one is made near where last week's Grillo was from. But is it good? Join Dave as he tastes and talks about this cheaper Grillo - and find out how he rated it! Enjoy the video!
Post a Comment
Read more 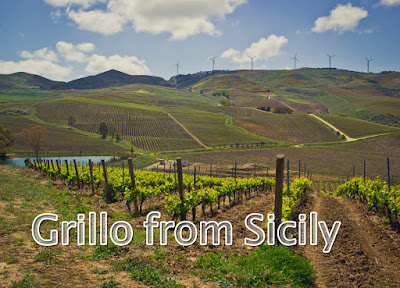 Sicily is home to a number of native grapes as well as standard European varieties. One of these grapes is the white wine grape, Grillo. This is an interesting grape on its own as it is usually blended into Marsala, a fortified wine. On its own, however, it makes a food friendly, good value wine. Enjoy the video!
Post a Comment
Read more 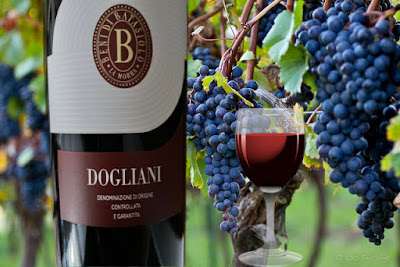 This time, we taste a Dolcetto red wine from the Dogliani DOCG which is in the Piedmont region of Italy. This is a bit of a different grape but it really tastes great!  Join Dave as he sniffs, slurps, and sips through this fascinating grape and delicious wine.  Luckily, there are a couple of wineries in the Okanagan that grow Dolcetto grapes - and you can check them out on a tour! Enjoy the video!
Post a Comment
Read more

First Visit to Church and State Winery in Oliver 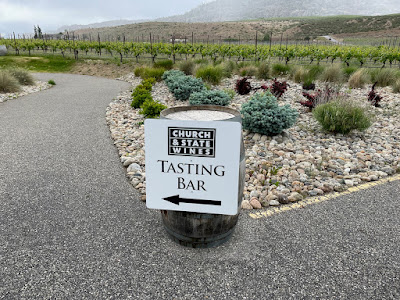 It was a bit of a blustery day when we headed down to Oliver to check out Church and State Winery.   This winery started in Vancouver Island in 2003 and opened up in the Okanagan about eight years later. The winery attained a fair bit of fame when they introduced a series of labels with cheeky messages such as 'Surrounded by Idiots' and 'This is F*cking Awesome'. I loved those labels but, I think, now they want to focus a bit more on the wine rather than the packaging.  We headed down to Oliver to pick up wine from three different wineries for the Uncork the Sun Virtual Vinstitute online wine tasting sponsored by Oliver Osoyoos Wine Country. Church and State offered a tasting ($15 per person - choose mostly white or mostly reds ... and you get to keep your glass!) so we took advantage of the opportunity.  As I said, it was a bit of a rainy, windy day and we were fortunate to be the only ones in the winery for a tasting. The tasting bar is not huge but there is a brand
Post a Comment
Read more 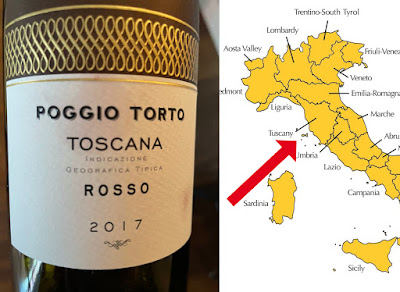 This week's wine is a red blend from Tuscany, Italy.  Join Dave as he tastes this food friendly blend of four varietals and then, if you are visiting the Okanagan, book a private wine tour at Wine and Then Somm WineTours. Enjoy the video!
Post a Comment
Read more
More posts

Dave Dixon
I love wine - and enjoy sharing about the wines that I have been drinking. I also do private wine tours (in the comfort of your own vehicle) in the Okanagan area of BC where there are close to 300 wineries.